Related content
Vehicle Electrification and Transformation of the Industry

The third edition of the study series deals with the electrification of the powertrain and its impact on the industry.

Electricity, hydrogen or synthetic fuels: When it comes to the energy sources to be used in road transport of the future, there is much debate. A new study by the research association FVV now shows: Powertrain technologies are not the decisive factor for the speed at which transport in Europe can become both sustainable and climate-neutral, but rather the fastest possible departure from fossil energy carriers.

For the first time, bauma offered a five-part webinar series on the key topics of the trade fair in cooperation with the VDMA.

Industrialization of fuel cell production is crucial for market success

The new Euro 7 emissions standard is pursuing the right goal with the wrong means. The VDMA criticizes the now envisaged design of the test procedures.

The innovation cluster for large-scale production of fuel cell stacks (GO-Start BZ) is intended to support the potential for industrialization of stack production in Germany.

Startups for the mining of the future

Discover startups that bring sustainability, efficiency and safety to the mining industry at bauma 2022. Here's an overview of our exhibitors.

The end of the combustion engine cannot be ruled out

Office assisted in the creation and revision of a technical booklet, incorporating comments from member companies.

The European Parliament voted on FuelEU Maritime in mid-October. This clears the way for the upcoming trilogue negotiations.

Beaming winners at the awards ceremony

Eagerly awaited, the secret of this year's award winners was revealed on Sunday at the Munich Residenz.

Igniting the turbo for the hydrogen economy

The so-called trilogue negotiations between the EU Parliament, Council and Commission on the EU's "Fit for 55" climate package are of considerable importance for the hydrogen economy.

Supporting the economy and climate protection with eFuels

In the so-called trilogue negotiations between the EU Parliament, Council and Commission on CO2 fleet regulation, the opening for eFuels should be established.

Carbon management & removal technologies can contribute to building a sustainable CO2 circular economy, effectively integrating CO2 into use pathways, storing and capturing it. We have written a short position on this topic.

Startup innovations for the construction equipment industry: in October 2022, there will be innovative startups to discover at bauma that are shaping the future of the industry with fresh innovations.

Startups for the digital construction site

Discover startups at bauma 2022 that are making the vision of a digitalized, networked and automated construction site a lived reality. Here's an overview of our exhibitors.

How can maritime climate targets be achieved, and what role can FuelEU Maritime play in this? A parliamentary breakfast now addressed exactly this question.

The decarbonization of shipping is to be driven forward by the Fit-for-55 legislative package. An open letter to the responsible rapporteurs in Parliament now calls for fewer exemptions.

The industry of an age of mobile, autonomous, intelligent systems and machines met at CMM in Hannover, Germany, on October 6-7, 2022.

CO2 fleet regulation must not mean an end to combustion engines

CO2 fleet regulation could mean a complete ban on the internal combustion engine for cars and light commercial vehicles from 2035.

With its vote on the revision of the Renewable Energies Directive in mid-September, the European Parliament has set an important course for the hydrogen economy.

Are you looking for strong solutions not only for large-scale production for battery manufacturing? Access the expertise of our mechanical and plant engineering manufacurers. In addition to the thematic search function, the new online format offers the possibility to contact the battery experts of the respective companies.

Intervention in corporate decisions is a no-go

With its emergency instrument, the EU Commission rightly wants to put the focus back on the single market. However, the VDMA rejects those elements in it that restrict entrepreneurial freedom.

The nominees have been determined. A jury of experts selected the fifteen innovations nominated for the award from 41 finalists out of an original 133 entries.

The industrialization of fuel cells has begun

At the 7th Marketplace Suppliers of the National Organization Hydrogen and Fuel Cell Technology (NOW) it became clear that fuel cell systems have arrived in the market. For example, large investments in bipolar plate production were reported for the first time at the event.

Invitation on the "Maritime Climate Trail"

Engine manufacturers and suppliers are inviting visitors to this year's SMM in Hamburg to take the "Maritime Climate Trail" through the exhibition halls.

The work, which was produced jointly with the Battery Production Department and the PEM of RWTH Aachen University, maps the current involvement of cell manufacturers, module and pack producers, suppliers of equipment and battery active material, as well as recycling companies and battery test centers on around 20 pages.

Back at last: SMM is returning this year as a presence event.

DORIS instead of a book with seven seals

Open letter to the Minister of the Environment

The 37th BImSchV should be enacted before the end of summer 2022. This is what VDMA Power-to-X for Applications and DWV demand in an open letter to Environment Minister Lemke.

After the climate targets for buildings and transport were missed several times, the responsible ministries presented their plans for more ambition in climate protection just in time before the summer break. From VDMA´s perspective, many of the planned measures go in the right direction, but there still remains a lack of a coherent overall concept. Moreover, the financing is left unclear.

Prohibition of the hydraulic single-line brake for trailers in France

As the French agricultural machinery industry association AXEMA announced, France will introduce the mandatory application of the European Regulation (EU) 2015/68 for brake systems also in the national approval procedure from 01.01.2025 onwards.

Green ammonia is the new all-rounder on the global markets: whether as a climate-neutral fertilizer, energy carrier or transport carrier for hydrogen. Numerous major projects are in the pipeline.

The 5th edition of the VDMA Technology Guide is dedicated to Mastering the Energy Transition. It brings together the Who's Who of European process technology suppliers. Is your company included?

The Renewable and Low Carbon Fuels Value Chain Industries Alliance is a new initiative that flanks the FuelEU Maritime and RefuelEU Aviation initiatives.

The VDMA Fuel Cell Working Group will be represented at the f-cell trade fair in Stuttgart on October 4 and 5.

Roadmap for the Maritime Energy Transition

At the beginning of July, the EU Parliament voted on ReFuelEU Aviation and increased the PtL sub-quotas. VDMA closely followed the process.

General Assembly of the VDMA Working Group on 6 July 2022

eFuels and combustion engines left in the lurch

The decision in the EU Environment Council in favor of a second emissions trading scheme is an important step toward comprehensive European greenhouse gas pricing. However, major uncertainties remain with regard to future drive technologies for passenger cars and light commercial vehicles.

The EU Commission has been planning for some time to draw up its own regulation to harmonize road safety requirements for mobile machinery.

After four years of waiting, automatica - the leading trade fair for smart automation and robotics - presented itself as a driving force for the industry. 547 exhibitors from 35 countries and more than 28,000 visitors from 75 countries made it a complete success! 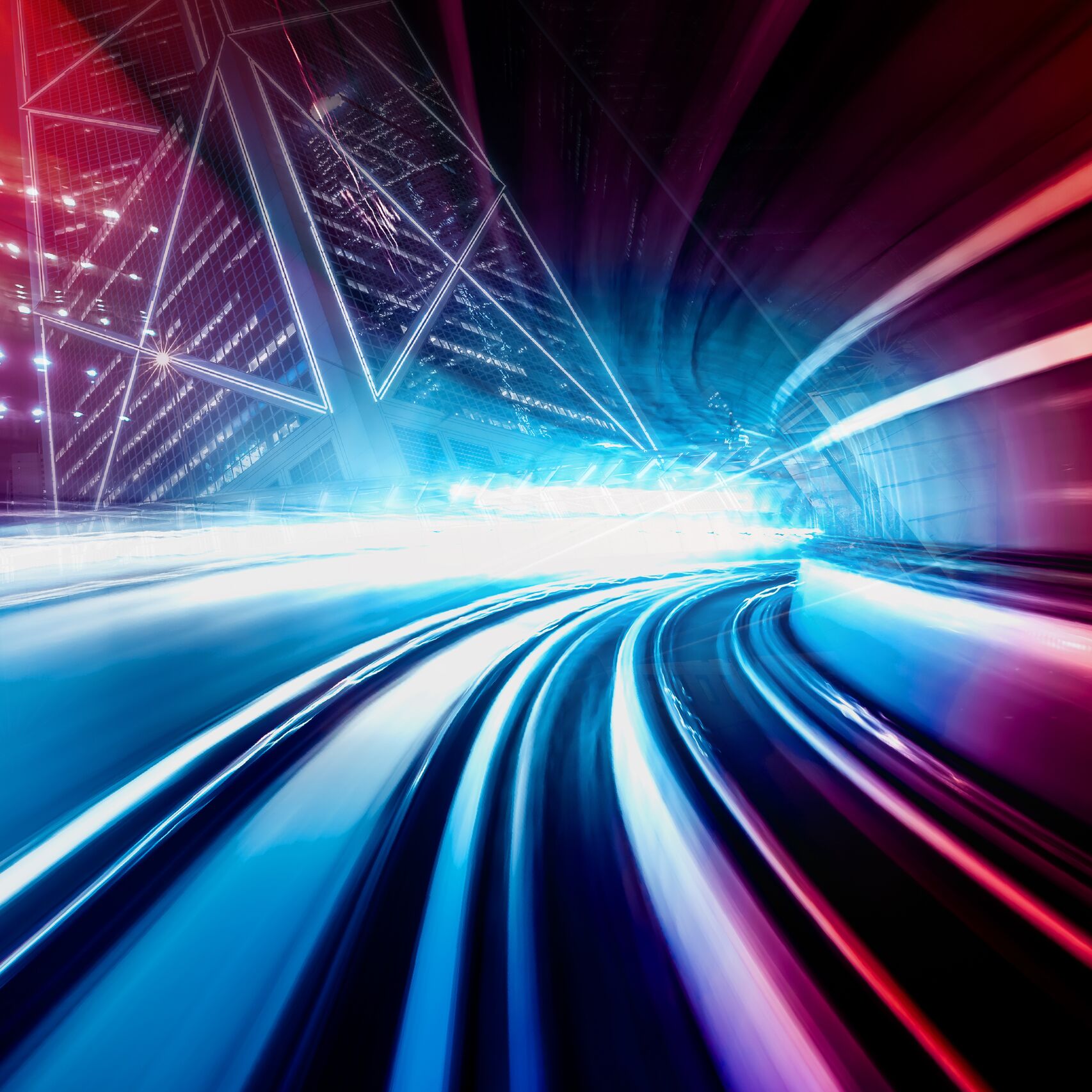 #XMOTIVE
Electromobility, fuel cells, Power2X - The change in mobility is multi-layered and in the future there will not be just one type of drive on the market. This poses new challenges for the entire industry.
More 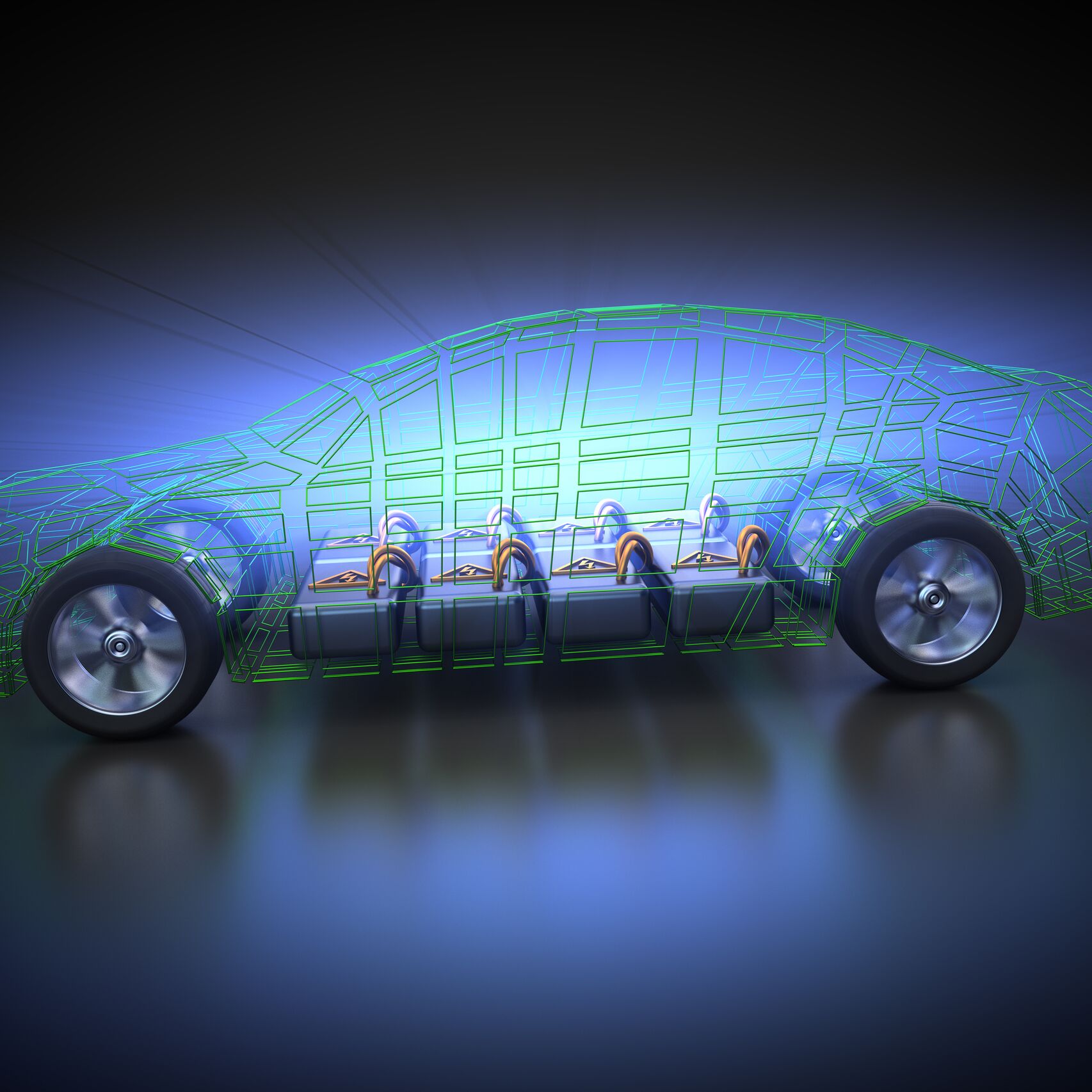 Battery Production
Electromobility and battery production are gaining ground worldwide, and this is just the beginning. To make the right decisions early and be competitive, it is essential to have your finger on the pulse of innovative production solutions.
More 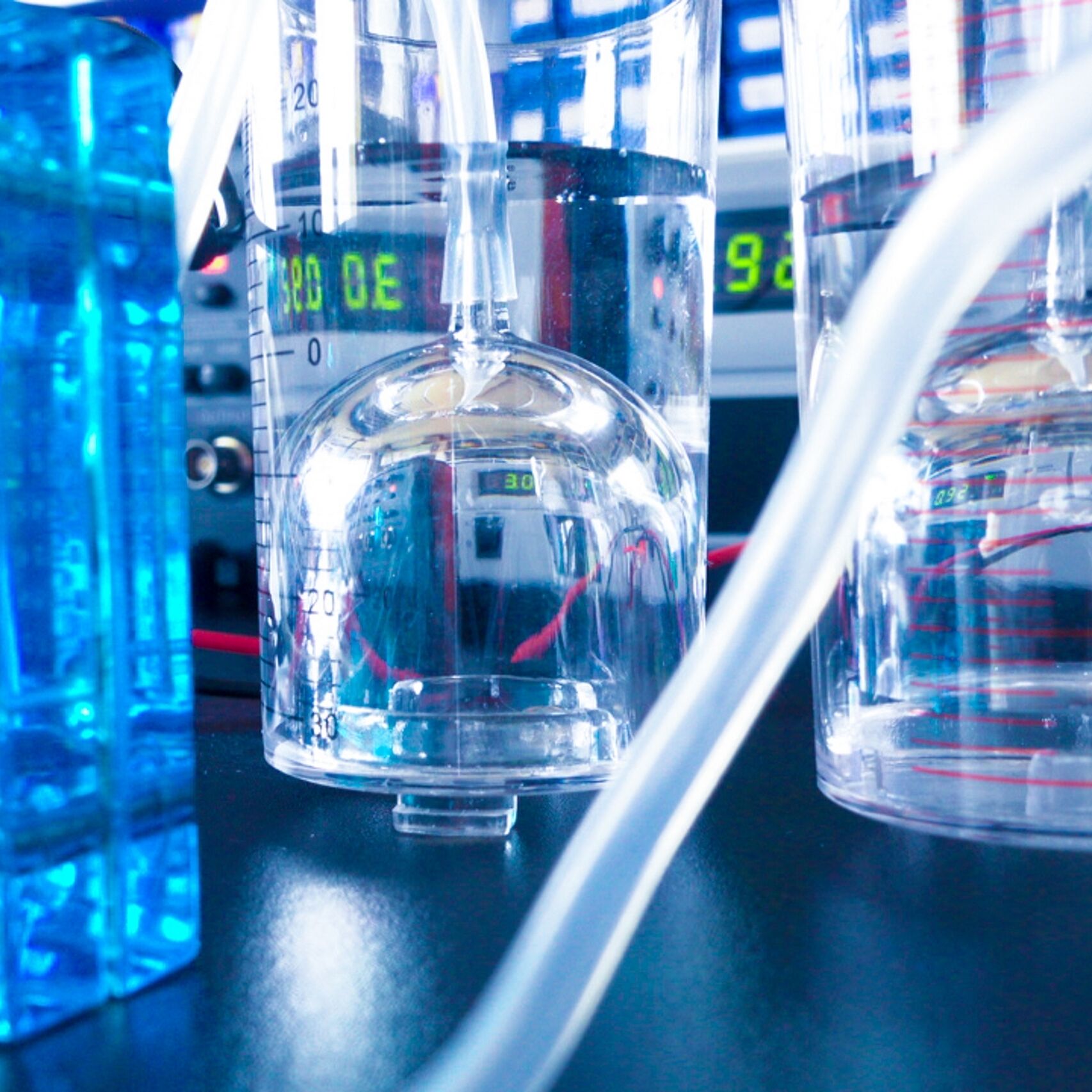 Hydrogen Economy
The use of hydrogen offers enormous potential towards decarbonizing industries and achieving climate neutrality. Through the use of hydrogen and power-to-X (P2X), new value chains are emerging ranging from renewable energy plants, process engineering and components all the way to applications.
More 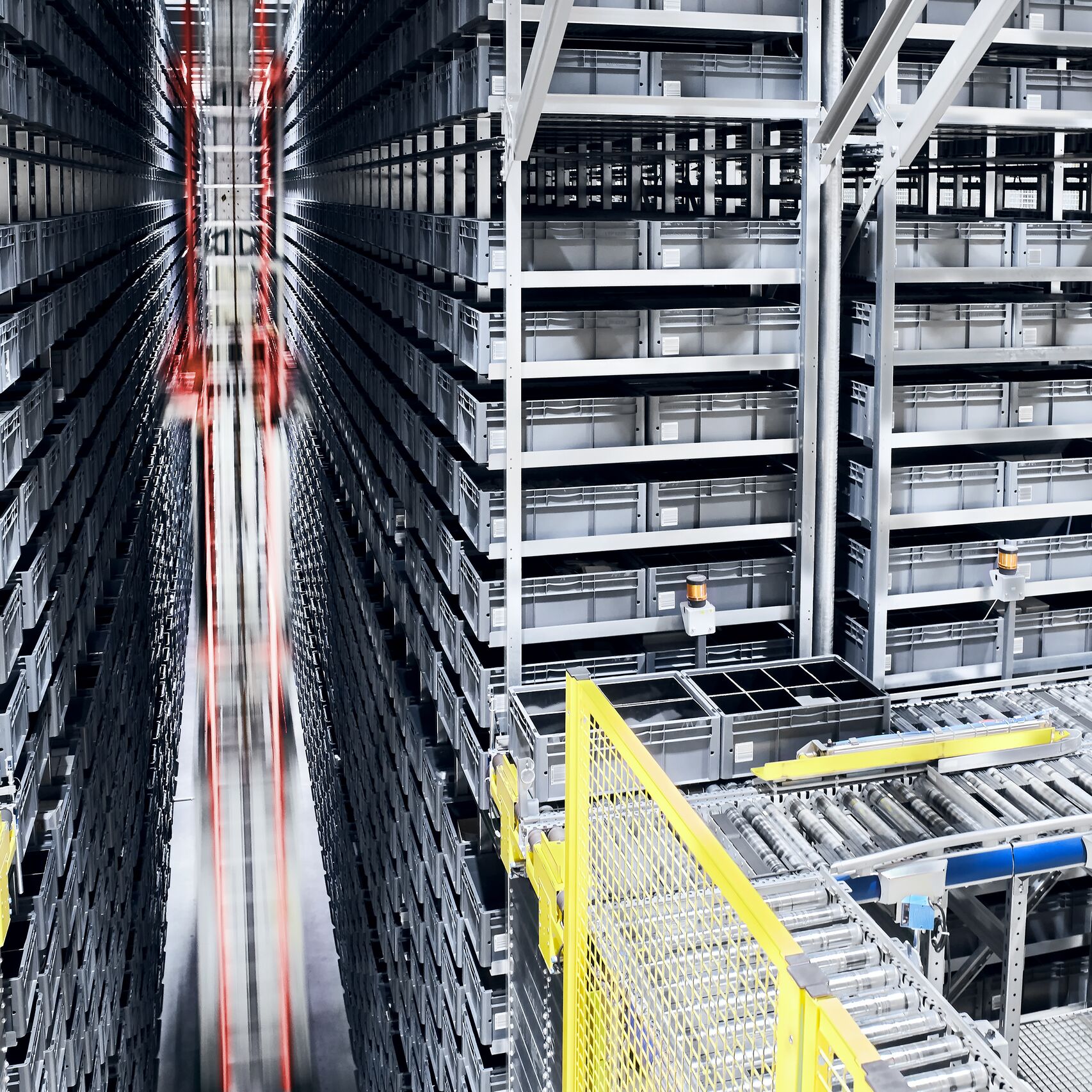 Intralogistics
Modern intralogistics systems enable reliable and flexible production supply and efficient processes in the warehouse. Through increasing automation and digitalization, the systems are becoming more intelligent and will be able to optimize themselves in the future.
More 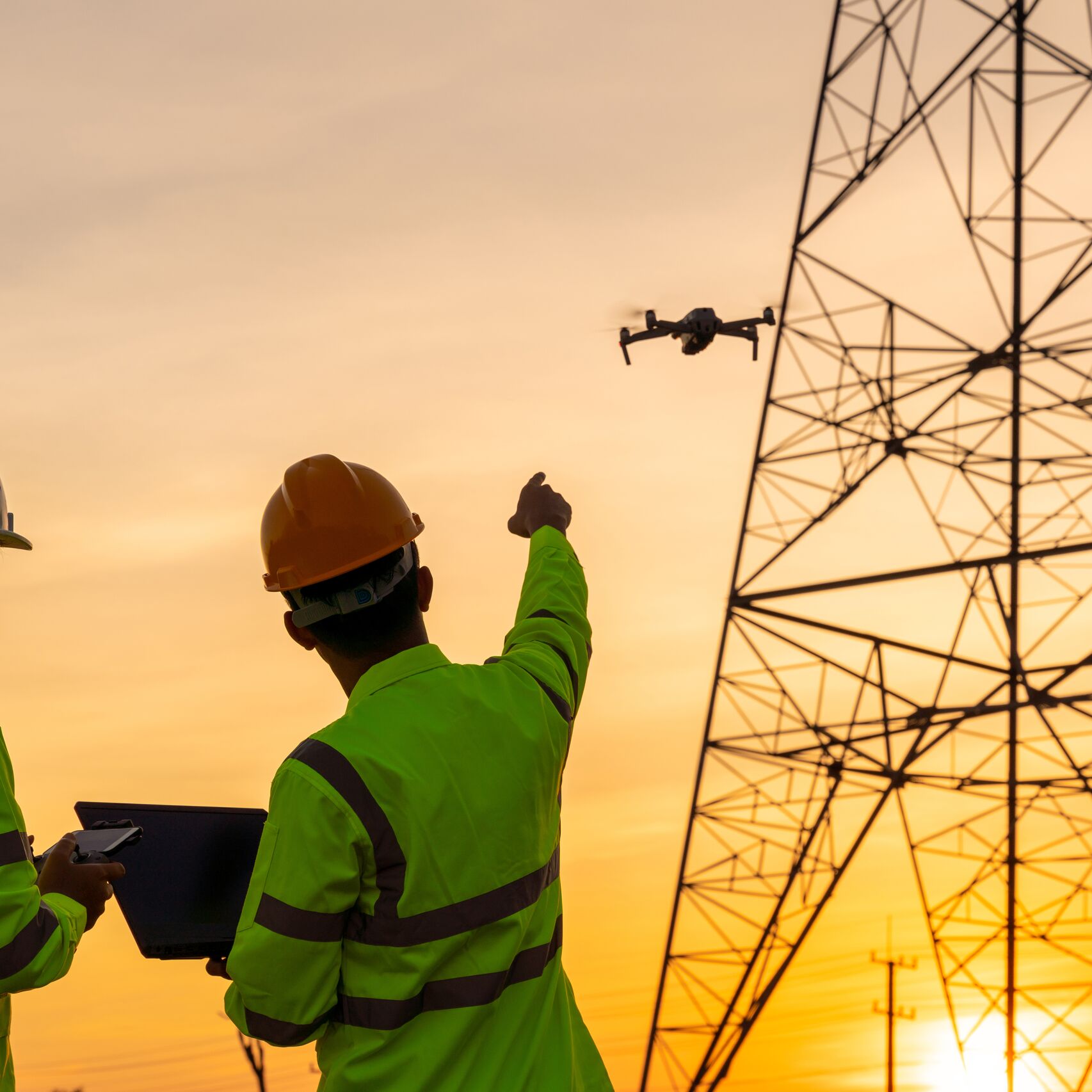 "Considering the diversity of mobility which requires future-proof drives, there is no way around being technologically open-minded."

will be equipped with a battery or fuel cell electric powertrain worldwide in 2040. 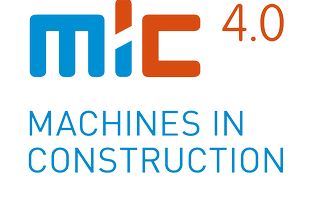 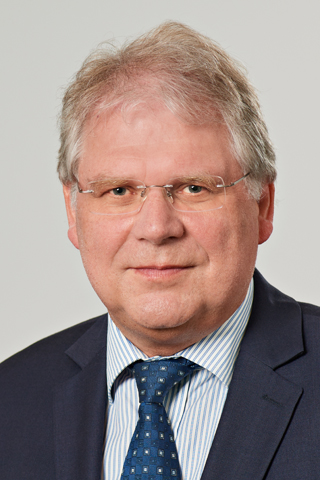 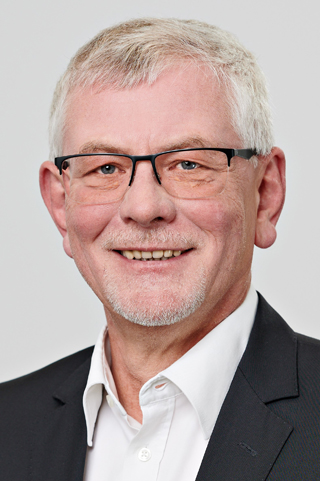 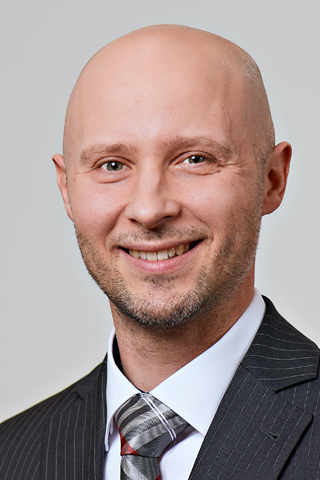 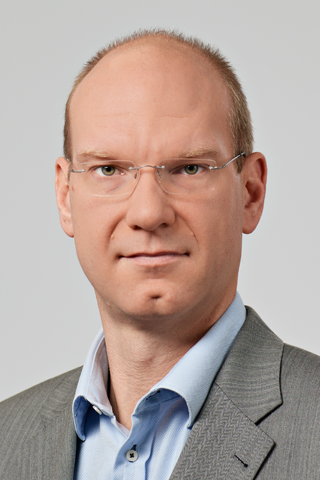 Benefits for you as a member

Around 3,500 primarily medium-sized member companies in the capital goods industry make the VDMA the largest industrial association in Europe and the most important network organization in the industry.

The VDMA is the most important voice of the mechanical and plant engineering industry. It represents the common economic, technical and scientific interests of the industry in Germany and around the world.

A wide range of services

More than 500 VDMA employees worldwide support you with practical services to make the right decisions in your company - along the entire value chain.